News from: Other news from our network

The Interreg BID-REX project has led the way in bridging the gap between data and decisions. Now the project is in its implementation phase. 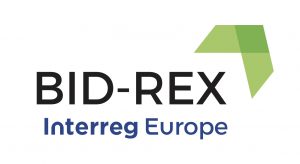 These partners met through a series of thematic workshops regions to exchange approaches, tools and methods. The project supports the creation of EU regional development policies that have biodiversity data at their core and have a positive impact for conservation and European natural heritage. As part of this, the project also aims to make data more accessible. This involves decision makers and data providers learning from each other. Five public authorities – the decision makers – have partnered with four research institutes – the data providers – to swap experiences and best practice. Schemes ranging from preventing bird collisions with high voltage wires in Belgium to the acoustic recording of bat populations in the UK have been identified by the BID-REX project as examples of good practice in data and decision-making that leaders can learn from. There are many more examples of good practice right across the regions in BID-REX’s ‘Better Data, Better Decisions: increasing the impact of biodiversity information’ report. Each region has created an Action Plan, and on the 4th of 5th of June 2020, the BID-REX project closure event will take place in Barcelona. In the long term, the impacts of BID-REX will not only be felt by the regions involved in the project but also more widely, through sharing the key findings and through the valuable learning network that this project has built.