Built on existing regional and global networks, the Freshwater Biodiversity Observation Network (FWBON) will be an important mechanism to collect, standardize and distil freshwater biological and ecosystem data and information into products that will improve the observation, reporting and protection of freshwater biodiversity. It will enable the global scientific community to describe the relationships between biodiversity, organism abundance, system productivity, and ecosystem services.

FW BON will promote the establishment of best practices for global freshwater biodiversity observations by:

2. Connecting and mobilising people and resources towards comprehensive global freshwater biodiversity assessment by 2020

FWBON has agreed to use the Freshwater Information Platform (FIP) for joint dissemination strategies aiming to reach the freshwater community and raise the profile of freshwater biodiversity. The FIP is a central hub for compiling and integrating species distribution data, exploring possibilities for exchanging and publishing data from freshwater observatories and monitoring institutes.

FWBON data products will be published through the FIP:

Documents and publications are available through Research Gate at:

FWBON currently has 136 members from 52 countries. 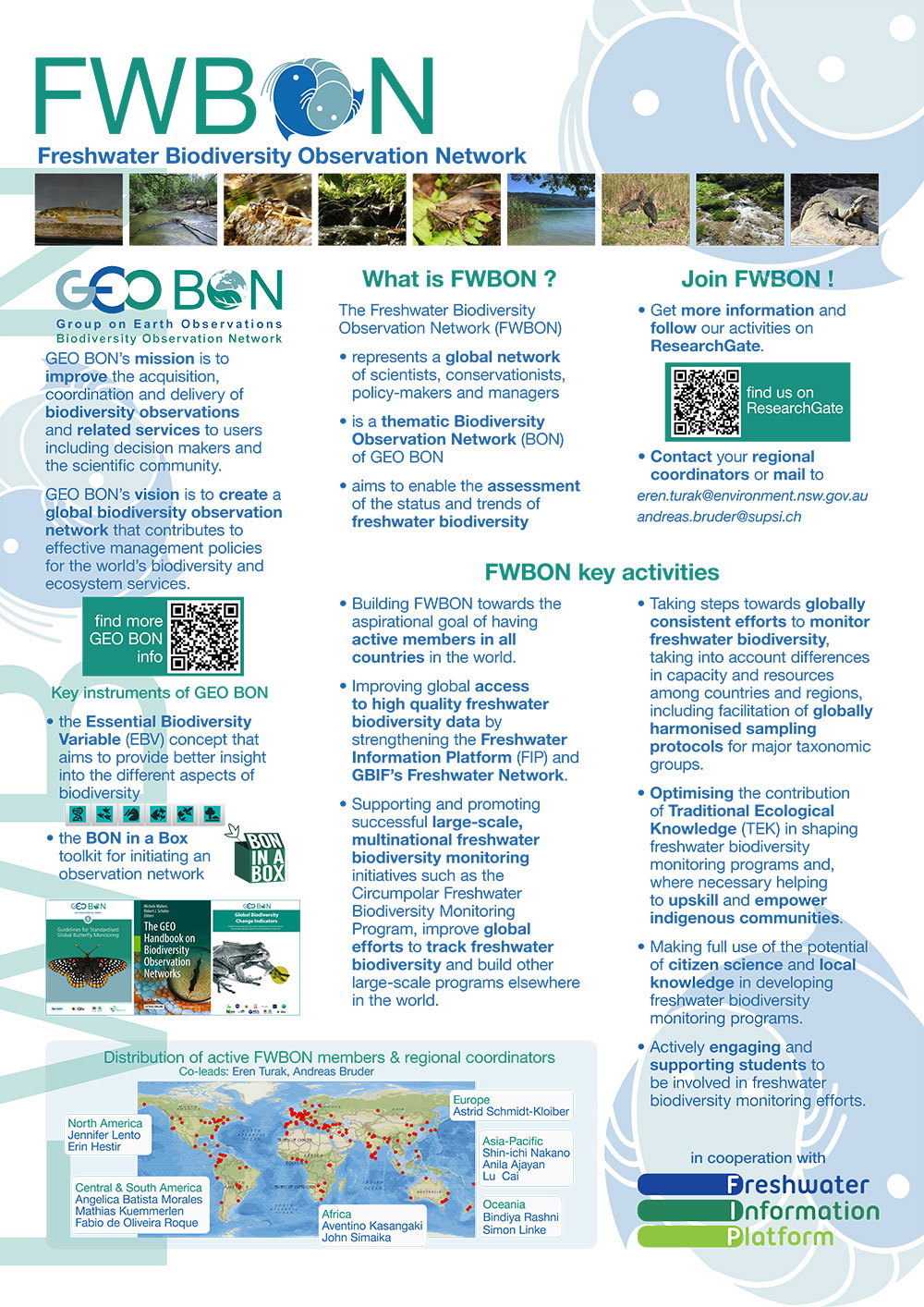 FW BON is a global voluntary community of practice. It will promote the establishment of best practices for global biodiversity observations. Click to read 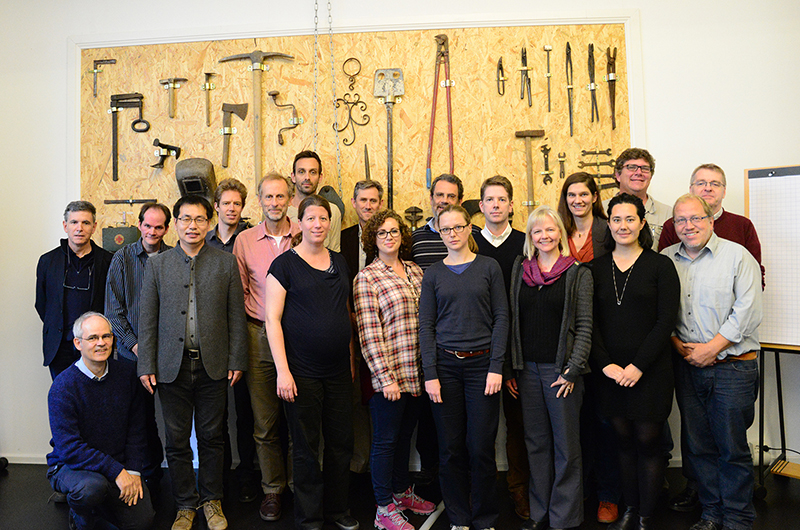