According to the recently published State of the Arctic Marine and Freshwater reports, of the Circumpolar Biodiversity Monitoring Programme (CBMP), rapid warming is pushing species northwards, crowding out endemic arctic species, and leading to large scale stress for many species.

In freshwater ecosystems, erosion and weathering increase with warmer and wetter weather, pushing more sediment and nutrients into rivers and lakes. This change in abiotic processes can affect the entire freshwater ecosystem. Meanwhile, as subarctic species expand their range northward, cold-adapted species such as Arctic char may be pushed out entirely. Warming rivers and lakes may support more species than they do today, but global diversity will decrease with the disappearance of cold-adapted species.

In the marine environment, there is a similar northward shift. Open water species can shift their ranges most easily, while sea-ice dependent species are suffering from a decrease in available habitat and food. In planktonic communities, less-nutritious southern copepods are pushing out their more-nutritious northern relatives. At the opposite end of the food web, killer whales may compete with top Arctic predators.

Both systems are shifting rapidly, and many of the effects are still unknown. These findings highlight the importance of continued and expanded monitoring of all Arctic ecosystems. This work is the mission of the CBMP, the Arctic BON. An international network of scientists, governments, Indigenous organizations, and conservation groups, the CBMP works to harmonize and integrate efforts to monitor the Arctic’s living resources using both science and Traditional Knowledge. A question-driven and integrated ecosystem-based approach is used to describe ecosystem and biodiversity change, and to identify important trends by:

CBMP facilitates monitoring through the implementation of four Arctic Biodiversity Monitoring Plans (marine, coastal, freshwater and terrestrial). The fourth and final ecosystem monitoring plan, for coastal biodiversity, was approved at the May 2019 and is the first co-production of knowledge platform approved by the Arctic Council.

Data gaps in monitoring remain, both geographically and by species. For example, only half of arctic regions have routine monitoring for lower trophic levels in lakes. 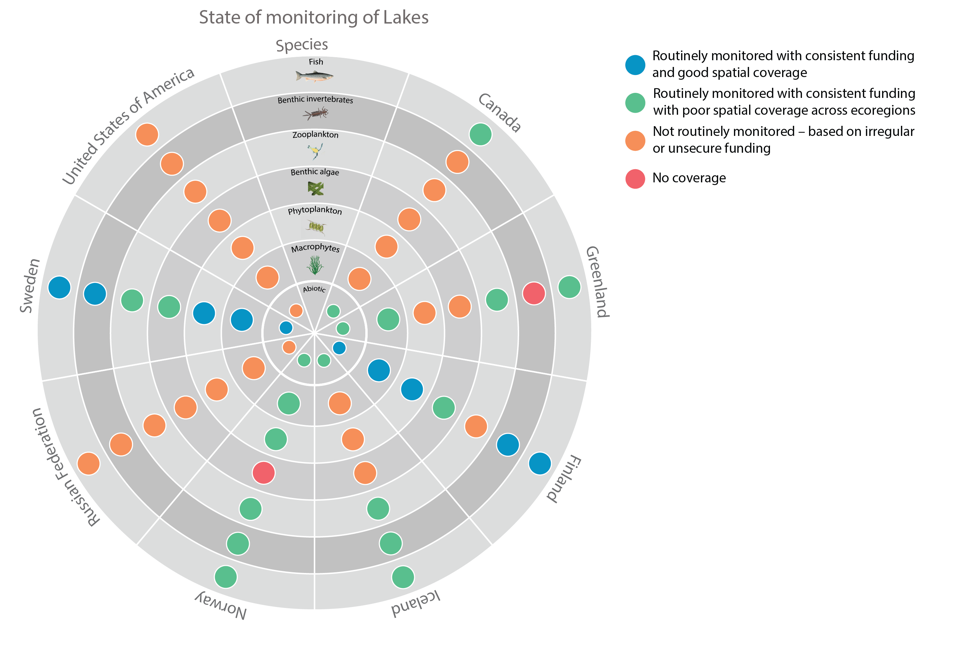 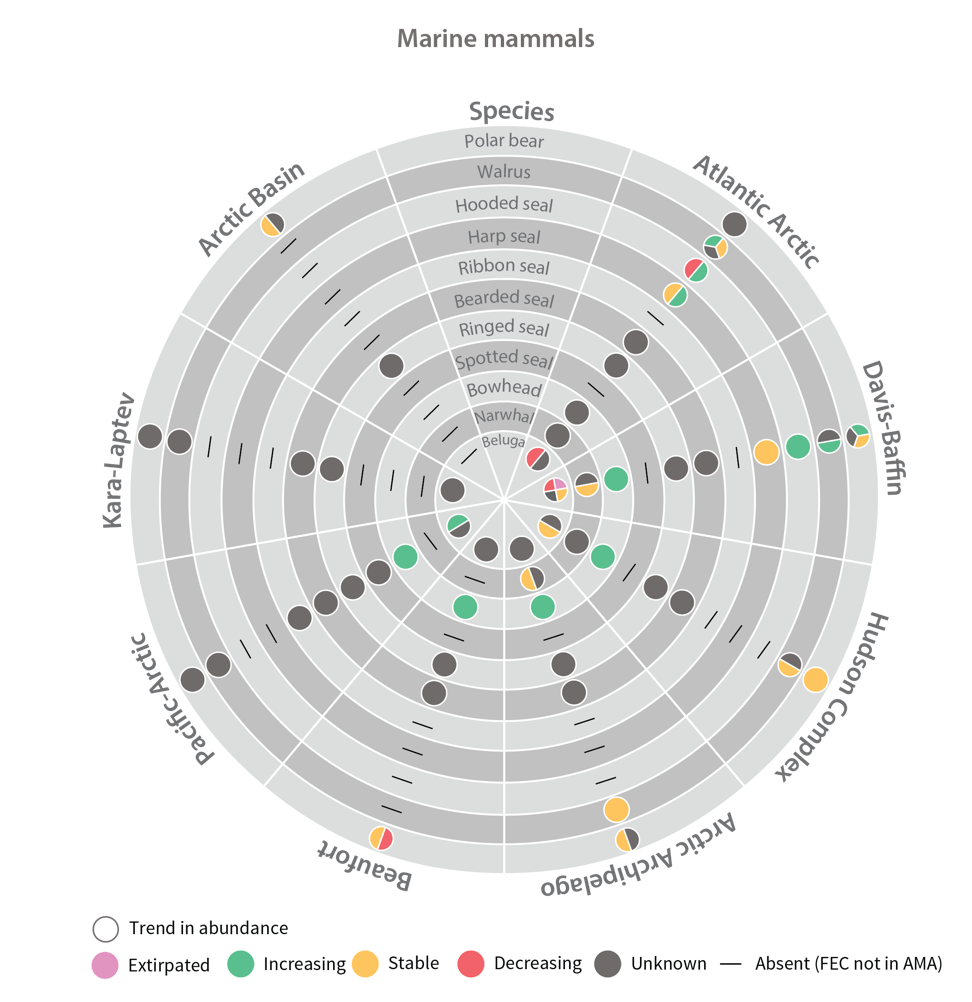 The CBMP is the cornerstone program of the Conservation of Arctic Flora and Fauna (CAFF), the Arctic Council’s biodiversity working group. It is guided by a strategic plan which defines specific goals and objectives needed to ensure implementation of the CBMP (2018-2021).