The 14th meeting of the Conference of the Parties to the Convention on Biological Diversity (COP14) was held between November 17th and November 29th in Sharm El-Sheikh, Egypt. 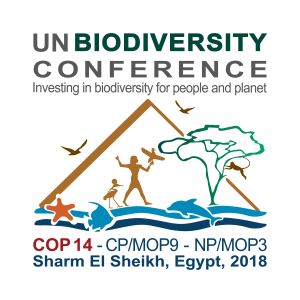 The GEO BON Secretariat and partners (co-)organized and participated in side-events to present our vision, approaches and products to the different delegations attending the meeting:

From Biodiversity Data to reporting (co-organised by the GEO BON Secretariat, GBIF Secretariat and NatureServe)