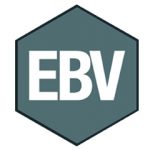 As you may remember, the new GEO BON structure adopted in the summer of 2016 was meant to, inter alia, better support the development of the Essential Biodiversity Variables within the different EBV classes. This lead to the establishment of 3 working groups dedicated to the Species Populations, Ecosystem Structure, and Ecosystem Function EBVs.

The working groups will be preparing their work plans for the next two years during the GEO BON All Hands meeting this July and in the following months.

If you are interested in joining the groups and contributing to the development of the EBVs in those classes, you can simply indicate it on the GEO BON members page: https://members.geobon.org or contact the GEO BON Secretariat directly (info@geobon.org).